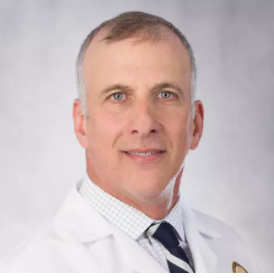 Dr. Friedman is a world renowned leader in the treatment of acoustic neuromas. He began his career as a fellow at House Clinic and later joined the group as an Associate where he had a busy practice for 15 years. He now serves as Division Director of Otology, Neurotology and Skull Base Surgery in the USC Caruso Department of Otolaryngology-Head and Neck Surgery at Keck Medicine of USC. Additional areas of expertise include, cochlear implants, glomus tumors, otosclerosis, meningiomas, chronic ear disorders and chronic otitis media. He is an NIH funded scientist and his laboratory studies the genetics of common forms of hearing loss. Dr. Friedman belongs to a majority of the societies in his area of specialization, including the American Academy of Otolaryngology-Head and Neck Surgery, the American Otological Society, the Acoustic Neuroma Association, the American Neurotology Society, the North American Skull Base Society, the Triological Society and the NIH/National Institute of Deafness and other Communication Disorders (NIDCD) where he serves as an Ad Hoc Reviewer.

Peter J. Catalano is Professor of Otolaryngology at Tufts University, School of Medicine. Peter is Chief at Division of Otolaryngology Head & Neck Surgery. This approach is responsive to all stakeholders and has a different way of focusing

Dr. Ahmad Nasrat Al-juboori has completed his PhD since 1997. He was graduated from Iraqi Board of Otolaryngology (1997), and from European Board of Otorhinolaryngology, Head and Neck Surgery since 2015. He was former consultant ENT surgeon and professor in clinical otolaryngology in Al-Iraqia University, Iraq till 2015. Now he is working as Associate consultant in Hamad Medical Corporation, Al Wakra Hospital and Assistant Professor in Weil Cornell Medicine-Qatar. He has published more than 22 papers in reputed journals and has been serving as an editorial board member and reviewer in 5 of reputed journals

Dr. Jose Maria Llorens has build his expertise in the treatment of Tumors of Aerodigestive Tract, with Transoral Laser Microsurgery approaches, on the ENT/HNS Dept. Austral University Hospital, Buenos Aires, Argentina. He open and started this program over 10 years ago on the evaluation and this treatment model, based on responsive new pathways for improving healthcare. He has built this model after years of experience in evaluation, teaching and administration both in hospital, annual courses and teaching on other institutions. This type of surgical technique is based on the great experience developed by Oncological centers over the past decades which is a standard protocol on head and Neck cancer treatment. This approach is responsive and focused have better results on quality of life with excellent oncological control on the treatment on this type on diseases

Tumors of Aerodigestive Tract, with Transoral Laser Microsurgery approaches, on the ENT/HNS